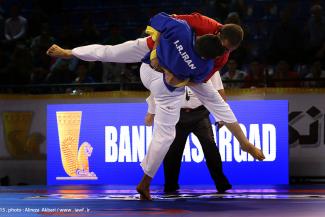 In addition to competition on the mat, the various Alysh Asian federation’s were consolidated into one organization, which operates under the banner of the United World Wrestling.  Efforts to consolidate were led by the Asia president Eisa Momeni of Iran. 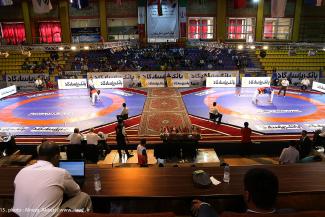 Iran’s Pahlavani Wrestling has already found recent success in holding competitions suchas as the International Grand Prix October 9-12 in Poland with wrestlers from 23 countries from 4 continents. Recognizing the committed development activity of Pahlavani wrestling the WBWC also declared Pahlavani wrestling as a leading style in the Committee’s “belt wrestling with shorts, no fixed grip” section.

Successful Iran’s Pahlavani wrestling Grand Prix was held along side with the World Belt Wrestling Alysh championship, which has gathered wrestlers from 25 countries, from 4 continents. Using the opportunity of the world championship, the International Federation of Wrestling on Belts Alysh (IFWBA) has held its ordinary congress as well.

Reacting to the United World Wrestling successful organizational and brand renovation, IFWBA to keep up with today’s challenges has re-arranged its leadership institutions to be more dynamic and reactive. Concrete fields of work were assigned to its members, also new media commission was appointed to confront the today’s challenges of presenting Alysh wrestling to the public as a modern and attractive sport which remains faithful to its deep rooted, ancient traditions and essence. 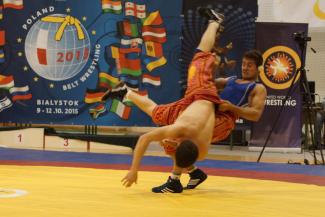 Consolidating with the focus of the United World Wrestling on female wrestlers place in today’s wrestling development, IFWBA congress decided to establish a women commission with Chulpon SULTANBEKOVA as its President, she was assigned to form the Commission’s structure and prepare a development plan for women’s wrestling.

Active and dedicated President of Koluchstyl sport Wieslaw KOLUCH was appointed by the WBWC to be the ambassador for the 2017 World Games to be held in Wroclaw, Poland in 2017 – an event in which Belt Wrestling Committee is planning to be taking part as a demonstration sport.