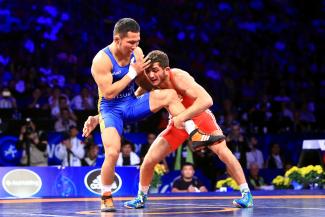 BAKU (November 24) – World champions Haji ALIEV (AZE) and Rasul CHUNAYEV (AZE) will seek to reprise their triumphs in September before the hometown fans as the 2015 international wrestling season draws near its conclusion with the Golden Grand Prix Final in Baku.

Aliev and Chunayev, Azerbaijan’s lone winners at the world meet in Las Vegas, will be joined in Baku Sports Hall by fellow world champs Magomedrasul GAZIMAGOMEDOV (RUS) in freestyle as well as Frank STAEBLER (GER) and Zhan BELENYUK (UKR) in Greco-Roman.

Add 2014 world champions Yulia TKACH (UKR), SUKHEE Tserenchimed (MGL) and Aline FOCKEN (GER) to the mix, making the GGP Final potentially one of the most competitive women’s meet of the year.

On the eve of wrestling’s richest prize money event, 62 countries have submitted entry forms with some 370 wrestlers expected to vie for the 10,000 USD top prize for each of the categories winners. 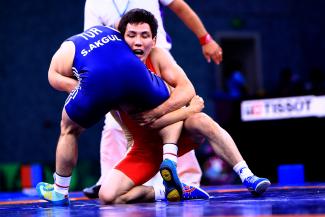 With freestyle kicking off the event, the first name that jumps off the entry lists is London 2012 gold medalist at 55kg Djamal OTARSULTANOV (RUS), who is entered at 57kg after two years at 61kg.

With world bronze medalist Viktor LEBEDEV (RUS) entered at the non-Olympic category of 61kg, could Otarsultanov be testing the waters at bantamweight for a return to Rio for 2016?

London 2012 silver medalist and the 57kg winner in Las Vegas Vladimir KHINCHEGASHVILI (GEO) is not on the entry list for Georgia.

Meanwhile, the most competitive category in freestyle could be a toss-up between 65kg and 74kg, even though both of the winners – Frank CHAMIZO (ITA) and Jordan BURROUGHS (USA) -- are not among the entries for Baku.

Soslan RAMONOV (RUS), the 2014 world champion at 65kg, was a bronze medal winner in Las Vegas and is entered with 2013 world bronze medalist Magomed KURBANALIEV (RUS).

At 74kg, with the winners of the last seven world titles – Burroughs and Denis TSARGUSH (RUS) – on the sidelines, Russia has entered two world champions from 70kg, Gazimagomedov (2015) and Khetik TSABOLOV (2014). They will be joined by 2015 silver medalist at 74kg PUREVJAV Unurbat (MGL) and bronze medal winner Narsingh YADAV (IND).

Meanwhile, Russia enters their current No.3 at 70kg Rasul DZUKAEV while No.2 at 86kg, Shamil KUDIYAMAGOMEDOV is ready to step in for two-time world champion Abdulrashid SADULAEV. 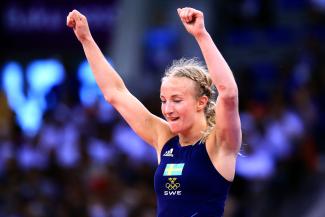 Sofia MATTSSON (SWE), who has three world silver medals this Olympic cycle – all to Yoshida, may be relieved not to see Yoshida’s name on the Japanese entry list. The 2009 world champion, however, must still overcome a tough field beginning with 55kg champion Maroulis, who is entered at 53kg.

Meanwhile, Soronzonbold could face Tkach in a showdown of world champions at 63kg while Focken will hope for a rematch with Vorobieva at 69kg, after losing by fall in the world semifinals.

In addition to all the world medalists, the entry lists also show that all of the gold medal winners from the European Games will make a return trip to Baku, including Hungarian pair Emese BARKA (58kg) and Marianna SASTIN (60kg) along with 2013 world champ Alina MAKHINIA (UKR) and Vasilisa MARZALIUK (BLR). 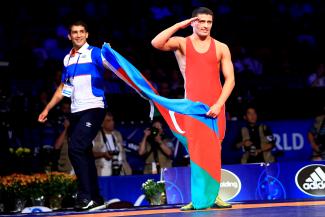 Vegas silver medalist Bayramov will be joined by 2013 world champion YUN Won-Chol (PRK) and world bronze medal winner Almat KEBISPAYEV (KAZ) at featherweight, while Tahmasebi will seek to improve on his bronze medal in Las Vegas against Belenyuk and silver medalist Rustam ASSAKALOV (UZB) at middleweight.

The most intensely competitive weight category in Greco-Roman could well be 66kg, where the last three world champions – Staebler, RYU Han-Soo (KOR) and Davor STEFANEK (SRB) -- are entered. Add to the mix European Games champion Artem SURKOV (RUS) and bronze medalist Hasan ALIYEV (AZE), who won the 2010 world title at the age of 20.

The elephant in the room, however, may well be world and Olympic Games champion KIM Hyeon-Woo (KOR), who unseated Vlasov in 2013. Kim will seek to atone for an early exit from September’s world meet following a loss in the round of 16.

Turkey’s two world champions Selcuk CEBI (80kg) and Riza KAYAALP (130kg) are not on the entry list for Baku, but the three medal winners behind Cebi – Viktor SASUNOVSKI (BLR), Lasha GOBADZE (GEO) and Yousef GHADERIAN (IRI) – are entered at 80kg. 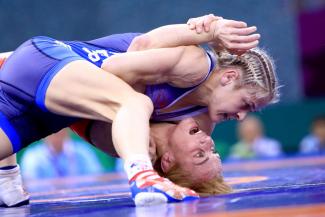 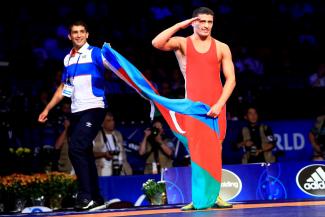 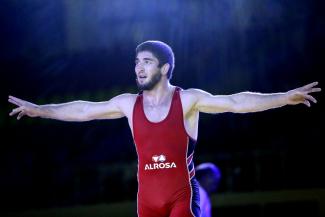