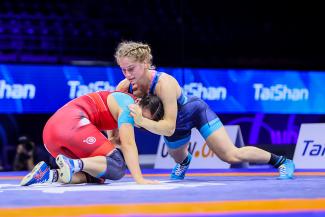 CORALVILLE, US (November 23) -- The women's World Cup will be held alongside the freestyle one on December 10 and 11 in Coralville. With two days of intense wrestling action, a few match-ups are expected to light up things at the Xtreme Arena in Coralville.

Six teams are placed in two groups with Japan, Mongolia and Ukraine placed in Group A and the USA is joined by China and the All-World Team. Even before the final fixture, some mouth-watering clashes are expected in the group duals.

Here are five bouts that are a must-watch for the fans: 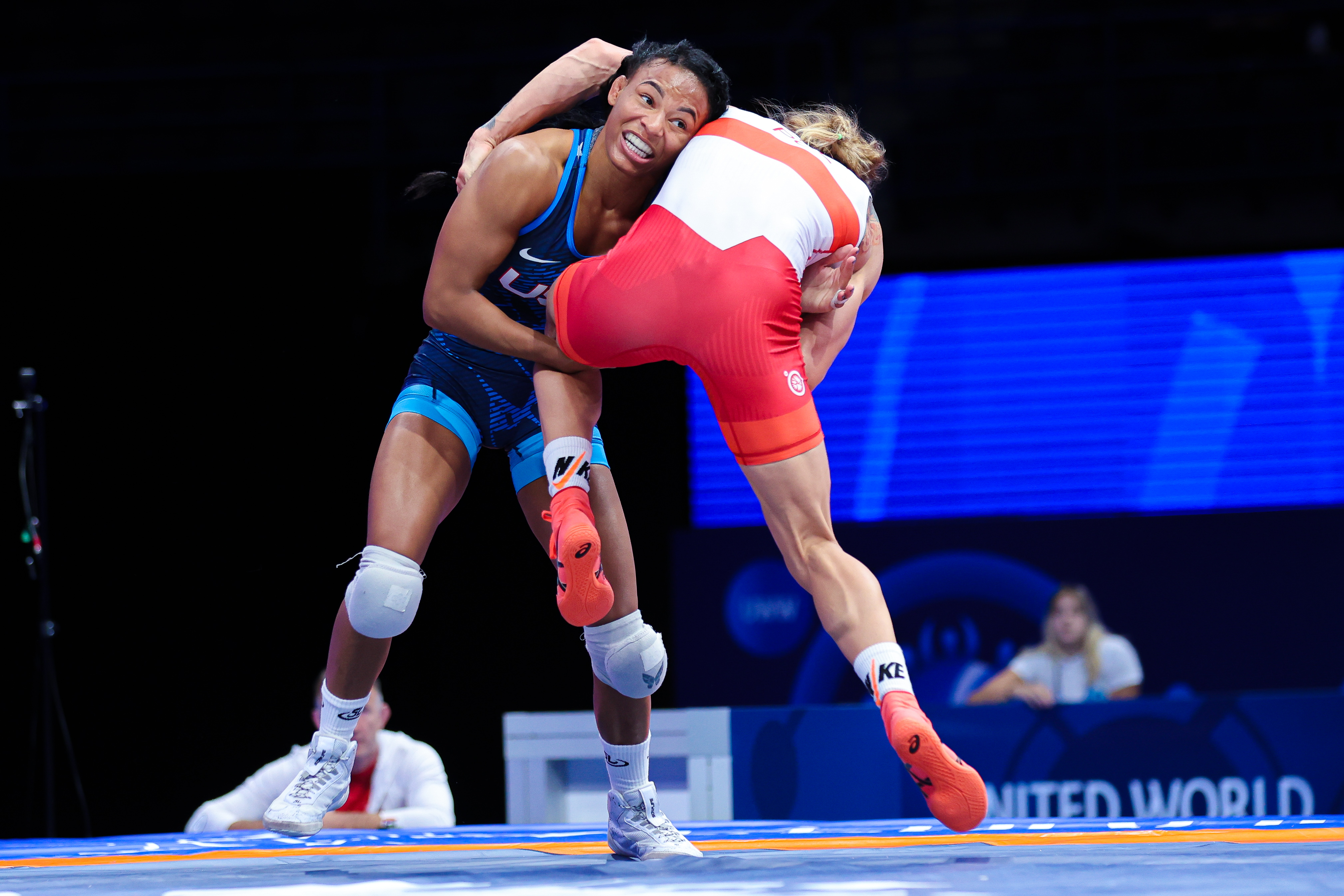 It may need the aligning of the stars for this bout to happen but a potential match-up between young star Khomenets and former world champion Winchester at 55kg is one of the top clashes to watch at the World Cup. Khomenets reached the final of the World Championships in Belgrade before coming up short against Olympic champion Mayu SHIDOCHI (JPN). Winchester, despite an injury, reached the bronze medal bout and led before suffering a fall.

If the two meet, Khomenets counter-attacking style will be put to test as Winchester likes to build an early lead. The bout may see a slow start but expected some tight defense and a fierce battle as the two like to go for the attacks till the clock expires.

Tynybekova did not have a strong season, even missing out on a world medal. But the two-time world champion will be keen to end the season on a high. If it does happen, a bout against Sukhee will test Tynybekova who will start as the favorite. This year, Sukhee began on an impressive note, winning the Yasar Dogu Ranking Series and was a medal contender at the World Championships. But she fell in the opening round after a close 9-8 loss against Xiaojuan LUO (CHN).

That makes both wrestlers hungry for positive results before the end of the year. While Tynybekova has a solid defense, Sukhee has displayed an ability to secure falls from any position. This will be a challenge for Tynybekova as she has been struggling against the younger crop of wrestlers this year.

Ringaci will be one of the biggest names in the All-World team heading to Iowa. And she will have added responsibility to take her team to the final being a former world champ and a bronze medalist from Belgrade. But with China clubbed in the same group, she will have to go past Zhou. The two met in the bronze medal bout in Belgrade and Ringaci won via fall. Zhou will be looking to avenge that 51-second loss. She was looking to throw Ringaci from a bodylock position but the latter had her arm around Zhou's neck and reversed the position with a headlock.

Having wrestled each other, the two will have their task cut out at the World Cup.

A rematch and that too of a World Championships final can only be better. The USA's star wrestler Elor will be up against Bakbergenova when the USA and All-World team clash at the World Cup. Elor defeated Bakbergenova in the final of 72kg in Belgrade to capture her first world title. She caught Bakbergenova in a leg lace and finished the bout in a minute and 13 seconds. Elor will look to repeat the result in her home country even as Bakbergenova hopes to figure out a new way to counter Elor's dominance on the mat.

Bakbergenova not only has to find ways to attack, but she will also have to break Elor's strong defense. Elor, time and again, has shown how to come out of danger positions without giving up a point. Her only close bout in the last two years was the semifinal in Belgrade against the returning world champion Masako FUIRICHI (JPN). Elor won that 3-2. 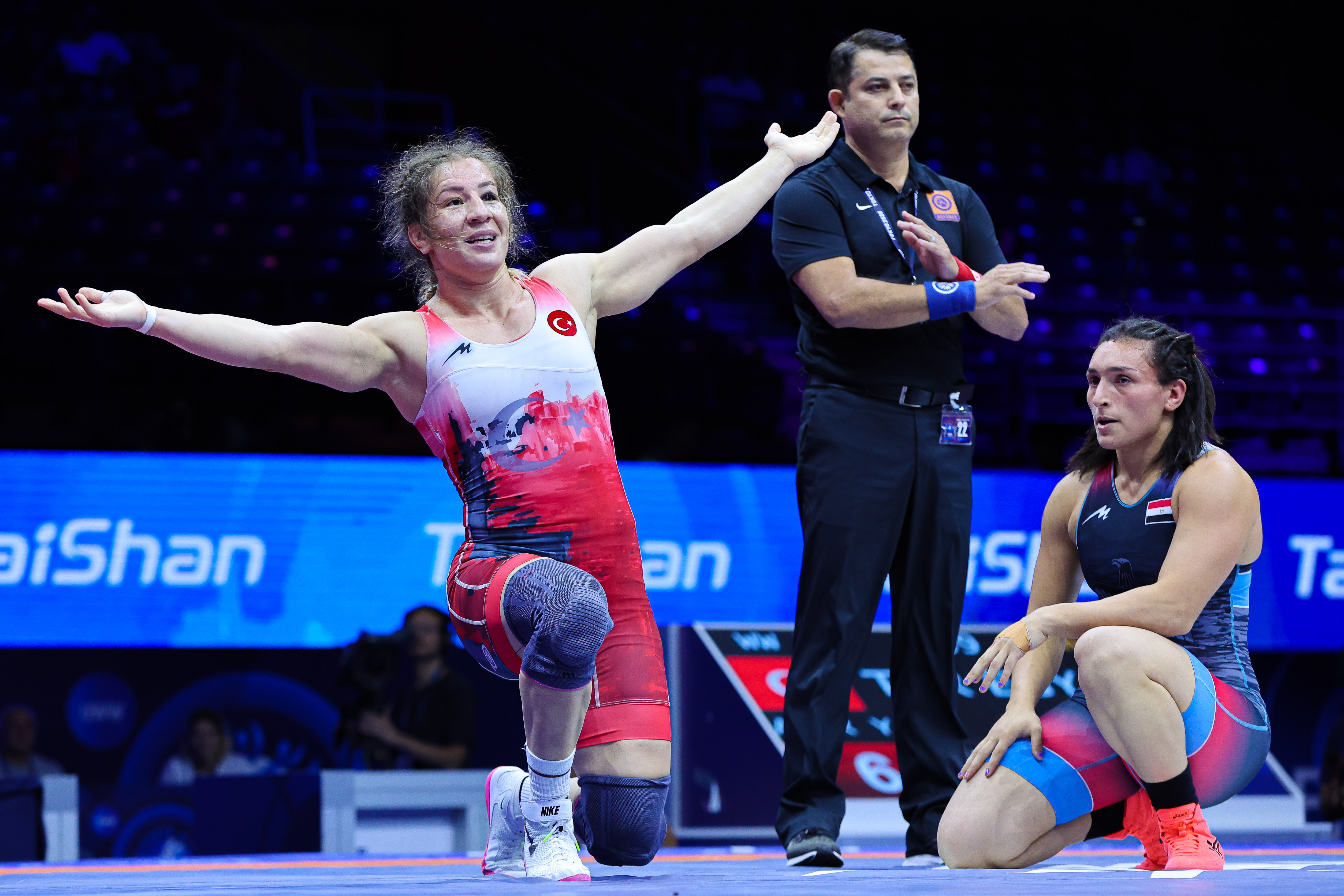 Another clash on the cards in Iowa may see world champion Adar face Makoyed. Since becoming Turkiye's first-ever female Olympic medalist in wrestling in Tokyo, Adar won her second world title in Belgrade. As the leader of the All-World team in Iowa, Adar will look to use her experience to guide the team. On the mat, she will likely face Makoyed who showed stunning form in 2022. At the Matteo Pellicone, she won the gold after wins over established stars in Martina KUENZ (AUT), Epp MAE (EST), Francy RAEDELT (GER) and former U23 world champion Anastasiya ALPYEYEVA (UKR) in the final. She won another Ranking Series gold in Tunisia by beating Dymond GUILFORD (USA). In the semifinal, she pinned world silver medalist Samar HAMZA (EGY).

Adar and Makoyed will be a thrilling clash with both expected to leave everything on the mat. Given the quality of the teams, it may come to this bout for a place in the final of the World Cup, adding value to an already important bout.