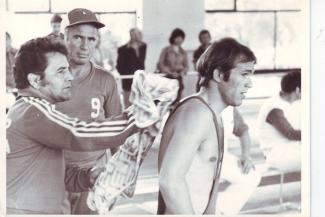 According to the Romanian Wrestling Federation the 1980 Olympic silver medalist, two-time world champion and five-time European champion died from a heart attack on Sunday, August 10. He was 60 years old.

""Wrestlers like Mr. Alexandru are the foundation of our history,"" said FILA President Nenad Lalovic. ""We will miss him, but we will also remember him and the contribution he made to our sport.""