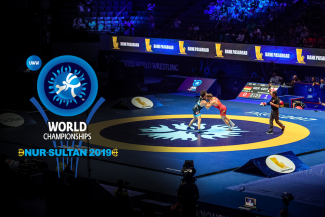 CORSIER-SUR-VEVEY, Switzerland (June 25) -- United World Wrestling announced the start of ticket sales for the 2019 Senior Wrestling World Championships, which are set to take place September 14-22 at the Barys Arena in Nur-Sultan, Kazakhstan.

There was unprecedented interest in last year's Senior Wrestling World Championships held in Budapest. Fans from more than 60 countries purchased 40,000 tickets before the opening night of the tournament.

The 2019 Wrestling World Championships should draw even more fan attention as it will serve as the first qualification event for the 2020 Olympic Games in Tokyo. The top six finishers in each Olympic weight category in Nur-Sultan will secure an Olympic qualification for their nation. The remaining qualification spots will be earned at continental competitions and a "Last Chance Qualifier" during the 2020 competition calendar.

"Wrestling’s best will be making highlights all tournament long,” said Gordon Templeman, Director of Commercial Operation & Communications. “Our wrestlers will be aiming to win a world championship and to earn their nation’s spot at the 2020 Games in Tokyo, which will add energy to every round of action.” 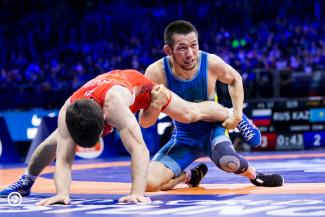 In addition to Olympic qualification, the 2019 Wrestling World Championships will also be the first-time a full season of ranking series events will determine the top four seeds in each weight category.

“With the new system our top wrestlers will now meet more often in the finals and semifinals, adding to the competitiveness and promotion of the event,” said Jean-Daniel Rey, Director of Sport for United World Wrestling. “Fans have been watching all season to see who will end up in the top four of their favorite weight classes.”

Greco-Roman will kick off the world championships on September 14, followed by women's wrestling and concluding with men’s freestyle.

Men’s freestyle 97kg weight category will once again be contested on the tournament's final day, which could bring a third-straight tournament-ending match between defending Olympic champions Abdulrashid SADULAEV (RUS) and Kyle SNYDER (USA). The wrestlers split results in the previous two meetings, with Sadulaev winning by fall last year in Budapest.

All-session passes and single-day tickets for the 2019 Senior Wrestling World Championships are available NOW and can be purchased at: https://kassir.kz/category/chempionat-mira-po-borbe. 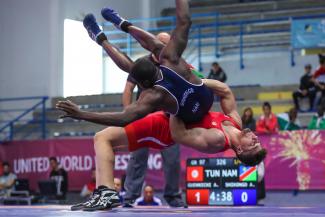 NUR-SULTAN, Kazakhstan (September 3) -- United World Wrestling has announced it will host its largest-ever training camp prior to the 2019 Senior World Championships in Nur-Sultan, Kazakhstan.

The training camp will take place September 4-18 at the Olympic Cycling Centre in Saryarka.

Over 150 participants from 35 countries have registered for the camp, which is being organized by UWW Development Department in collaboration with the Kazakhstan Wrestling Federation. 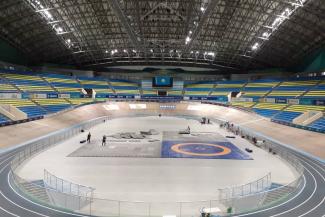 “With the athletes at the heart of the our technical assistance and development programmes, the UWW Development Team has worked hard to ensure all the athletes enjoy a proper acclimation camp prior to the World Championship” said President Nenad LALOVIC. “Arriving early in a country to train for the world championships is key to success and it’s even more important because these world championships qualify nations for next year’s Olympic Games.” 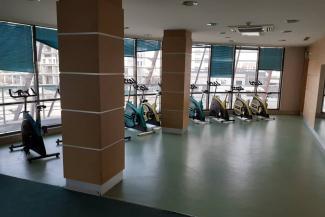 The 2019 Senior Wrestling World Championships will begin Saturday, September 14 with Greco-Roman action. The event will feature 1000 wrestlers from 101 nations across 9 days of competition in Greco-Roman, women’s wrestling, and freestyle