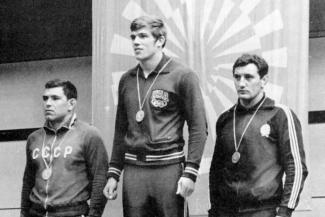 Gennady STRAKHOV, an Olympic silver medalist in freestyle wrestling for the Soviet Union, passed away due to complications caused by COVID-19. He was 76 years old.

Strakhov reached the finals of the 1972 Olympics in Munich where he faced Ben PETERSON (USA). The match ended in tie, but Peterson was awarded the gold medal based on having more falls than Strakhov.

Prior to winning an Olympic silver medal, Strakhov claimed a gold medal at the 1970 World Championships, along with European titles in 1969 and 1972.

"The Russian Wrestling Federation, athletes and coaches of national teams in women's and men's freestyle and Greco-Roman wrestling sincerely condole with the family and friends of Gennady -- we deeply mourn with you." 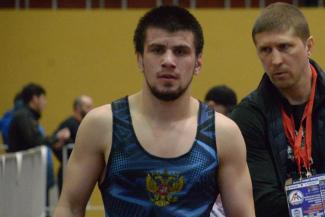 The accident occurred in the vicinity of Mountain Elbrus, where the Russian Junior Freestyle Wrestling team is currently at a training camp (July 14-31).

On their day off, Zhiletezhev, a bronze medalist of the Russian U20 Championship 2022, and two friends Anton Suchkov and Shukhrat Rasulov, went to Buka-Bashi Mountain. Their route was not registered with the Ministry of Emergency Situations. At 20:07 on July 24, a group member was reported to have fallen into the canyon. Later, it was determined that Zhiletezhev tragically passed after falling off a cliff.

United World Wrestling expresses its deepest sympathies to the Russian Wrestling Federation and the Zhiletezhev family.