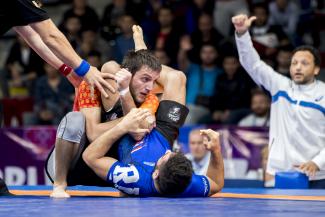 A record number of athletes from 28 countries competed in the event.

The other gold medals in the senior Grappling competition were won by Laetitia BOES (FRA) at 53kg, Kataryna SHAKALOVA (UKR) at 58kg, Tetyana HRYNKO (UKR) at 64kg, Karolina ZAWODNIK (POL) at 71kg and Valiollah FAHIMISEIFKOTI (IRI) at 92kg.

Russia also finished on top in the Grappling competition for novice, schoolboy, cadets, junior and veterans divisions. Azerbaijan came in second, while Ukraine was third. 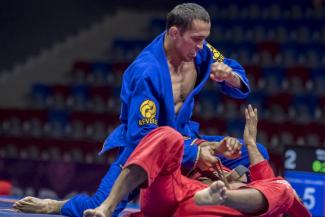 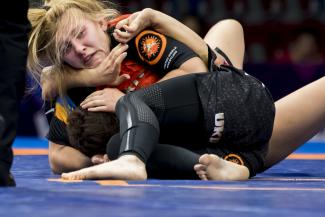 The event kicked off with an opening ceremony organized by Azerbaijan Pankration, Grappling and MMA Federation president Azad ASGAROV. During the ceremony the president of the World Grappling Committee, Rizvan BOCHKAEV, thanked UWW president Nenad LALOVIC, as well as all UWW bureau, for the support given to the sport of grappling during those years.