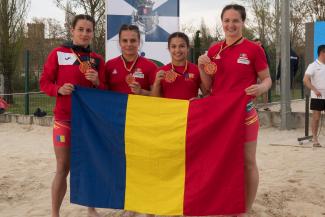 CHAVES, Portugal (March 30) – Georgia and Romania asserted themselves as the world’s premier beach wrestling nations Saturday in Chaves as they combined to win 6 of 8 gold medals in men’s and women’s wrestling.

The Georgian squad was led by 2012 Olympic bronze medalist Dato MARSAGISHVILI who dominated the -90kg competition over the course of the two-day competition to take gold. Marsagishvili was also awarded “Best Move of the Tournament” after back-arching his quarterfinal opponent for what fans thought was the most spectacular technique of the weekend.

“I’m very happy to be involved in beach wrestling,” said Marsagishvili. “This is my first time and I was really excited to win. Beach wrestling is amazing it’s like a celebration atmosphere, which had me smiling.”

Team Georgia would have won all four medals, were it not for Iannis KARGIOTAKIS (GRE) who used a front head pinch to twist an undersized Mamuka KORDZAIA (GEO) for a match-ending three-point move in the semifinals to earn a spot in the afternoon's finals.

On the women’s side the Romanians -- who won four gold medals at the 2018 World Championships in Dalyan -- were once again tops in their division, winning three of the event’s four women’s categories. 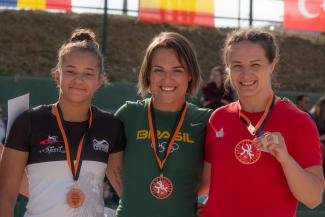 The small European nation was led by Georgiana FILIP (60kg) who used two takedowns and a three-point throw in the finals to win her title, 5-0.

“We are used to mat wrestling, but we also practice a lot for the beach events,” said Filip. “We are focused on qualification for the World Beach Games and hope to be in Rio for the next World Beach Series event.”

The Romanian squad, who is also competing next week at the 2019 European Championships in the Olympic style of women’s wrestling, were boosted by a workwoman-like performance of 50kg megastar Stefania PRICEPUTU. Though shorter than most her opponents, Priceputu used a combination of intensity, heavy hand pressure and snap downs to earn the gold and 1000 CHF.

Greece earned the +70kg title with a comeback performance by Aikaterini PITSIAVA, who trailed 2-0 late in her match with Diana VLASCEANU, but bullied her way to a 3-2 gold medal.

The next stop on the Beach Wrestling World Series will be May 10-11 in Rio de Janerio. The points from the Chaves and Rio stops will determing which wrestlers and nations qualify for the 2019 ANOC World Beach Games in October. 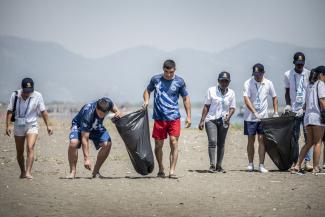 CORSIER-SUR-VEVEY, Switzerland (June 13) -- United World Wrestling hosted the first stop of the Beach Wrestling World Series in Sarigerme, Turkey last month. Apart from focusing on bringing beach wrestling to the mainstream, UWW implemented actions and activities to raise awareness about the environment while reducing its impact during major events since 2018.

For the first stop, UWW put three goals in focus in Turkey. It worked on donations and spreading a message to treat turtles, clean up the beach during and after the competition and help the region replant trees that were destroyed by the 2021 wildfires in Turkey.

The international body for wrestling signed the UNCCC framework and adopted the Sport Climate Action Plan in 2019.

"I think it's wonderful that during the world series, the community is paying attention to global issues," Nese GUNDOGAN, Turkey NOC Secretary-General, said. "Planting trees and cleaning the beach so it's wonderful to be active on environmental issues too."

UWW's initiative to help save turtles was inspired by the people who were already working hard to preserve the animal by involving all stakeholders in the situation of Caretta caretta, the loggerhead sea turtles, and their eco-system.

The project is to bring officials for a tour of the sea and try to understand better how this Caretta is living there. A visit to the hospital where the turtles are treated and brought back to water is also undertaken. 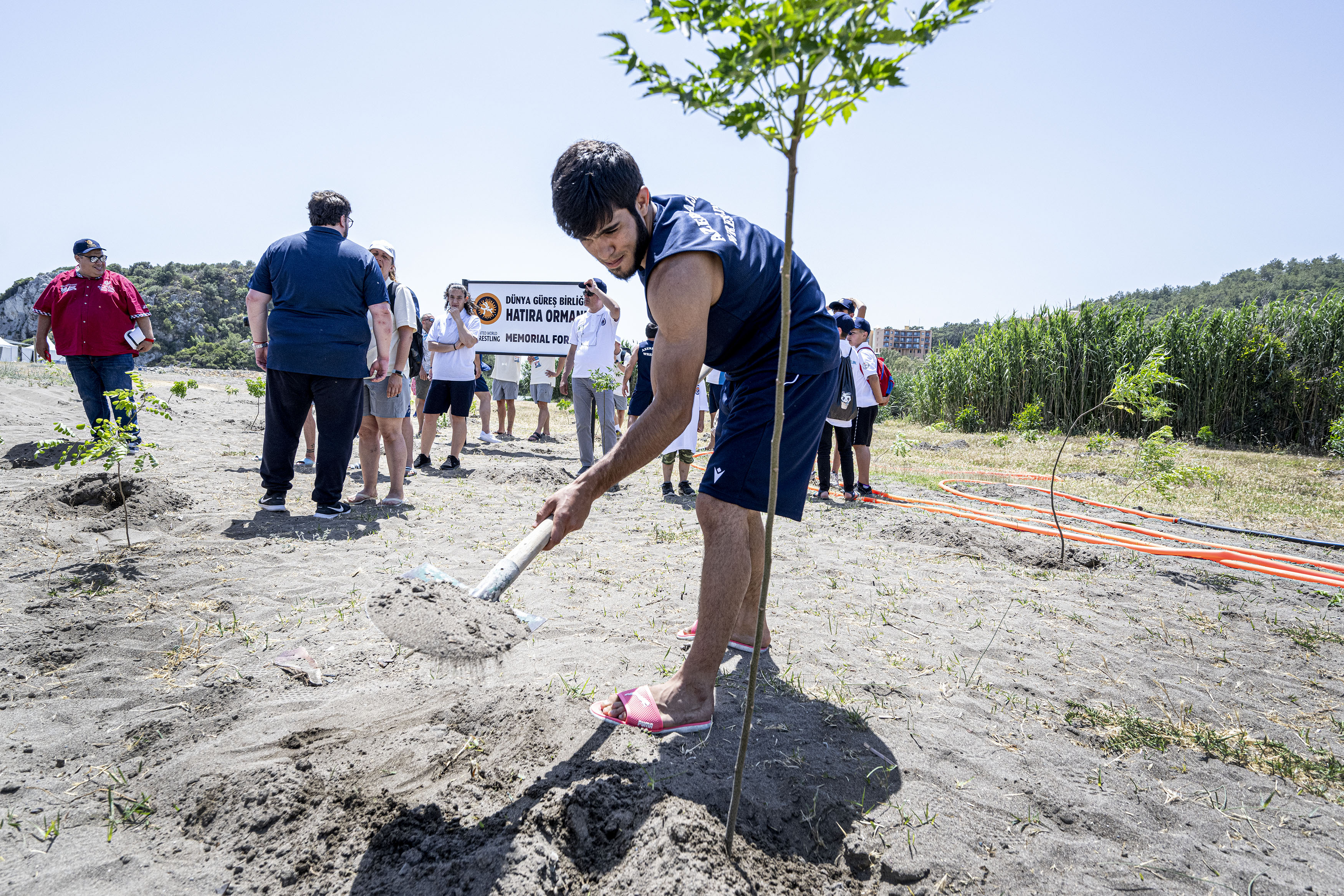 The Beach Clean initiative began in Sarigerme but will be replicated at all the stops of the world series in 2022. All delegations will take part in the initiative in collaboration with the local community.

At the first stop, reusable water bottles were given to the participants with the objective to stop the use of plastic bottles. The trend will continue at the remaining stops including the finals.

For beach wrestling action, please check out beachwrestling.org as the second stop is live from Sanxenxo, Spain on June18-19.