Moldova Lightweights Light Up Opponents in European U23 Greco-Roman 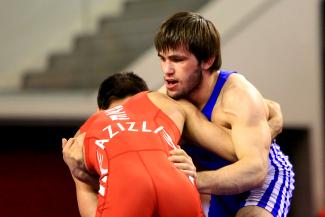 Senior European runner-up Ciobanu and 2013 junior bronze medal winner Cataraga outscored seven opponents, 58-9, in the morning session and will be looking for their first continental crowns on Saturday evening.

Ciobanu will square off with 2012 junior world champion Zaur KABALOEV (RUS) for the first gold medal of the Greco-Roman events and Cataraga will face junior Nordic champion Daniel SOINI (SWE) in the 71kg final. 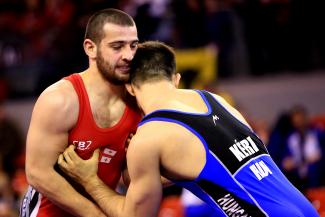 The Turkish faithful in the arena were especially excited to see Baskoy battle his way into the championship round since it will be Turkey’s first chance at a gold medal in Walbrzych -- after seven bronze medals in the men’s and women’s freestyle events.
Along with Baskoy, Turkey will seek to add to its bronze medal haul with former cadet world team member Firat MURAT (59kg) and Dogan GOKTAS (80kg), who finished in fifth at the 2013 junior world meet.