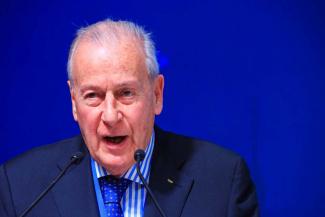 UWW President Nenad LALOVIC expressed his deep sympathies with Carrard's family and said that the international federation is thankful for François Carrard's association.

"François Carrard was at the service of wrestling since we called upon him," Lalovic said. "He’s been instrumental in helping save wrestling on the Olympic Programme and continued to support the years after with his expertise within the law and international sport."

Apart from assisting UWW in many battles over the years, Mr. Carrard was also involved in helping the organization regain its spot in the Olympic Programme by advising on necessary reforms. It was his expertise in the field of Olympics and sports law that he introduced new statutes and modern governance principles.

Given his involvement in the sport, the Doctor of Law from the University of Lausanne visited the wrestling family on various occasions during the World Championships.

Apart from wrestling, Mr. Carrard, who entered the bar in 1967, led the IOC  administration from 1989 until 2003 and played a crucial role during the 1999-2000 IOC reforms. He was also appointed as the spokesperson of the IOC Executive Board.

In addition, his contribution in setting up the World Anti-Doping Agency and the introduction of the first WADA Code are well known besides being involved in revamping the Olympic Charter and in the IOC Commission on Apartheid and Olympism.

On behalf of the wrestling community, we thank Maitre François Carrard for his friendship and support of our sport. 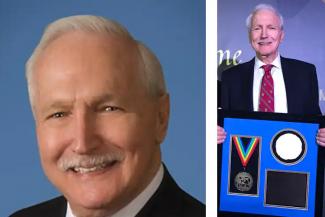 TOKYO (August 4) -- Dr. Bernie Feldman, who treated thousands of international wrestlers over four decades and traveled the globe in service to the sport, has died. He was 81.

A figure on the international wrestling scene since volunteering to help at the 1983 Junior World Championships, Dr. Feldman served as a doctor for United World Wrestling at numerous Olympic, World and Continental Championships for decades.

"Dr. Feldman was a valued member of our community," said UWW president Nenad Lalovic. "He made the sport of wrestling better and helped us tremendously. We send our condolences to his family and friends. He will be missed."

In addition to his on-the-mat assistance, Dr. Feldman was a key figure in helping to establish United World Wrestling's Medical Prevention and Anti-Doping Department where he served since 2003.